CameraController is the script that houses all camera movement logic enabling the camera to rotate, zoom and pan around the map.

CameraRig is a prefab found in Assets/Resource/EvacuAgent/Prefabs and consists of two parts:

In Unity virtual axes are used to allow multiple input devices such as keyboards or console controllers to share a common axis. For example, the mouse Left click and controller Trigger could share a button for shooting a weapon. Each axis defines a number of properties, all of which can be retrieved or modified programmatically via their name, which declare a Positive and Negative field. For example, the Vertical axis could store the Down arrow key in the Negative field and the Up arrow key in the Positive field.

Unity declares many default axes as shown below.

To add a new camera control: 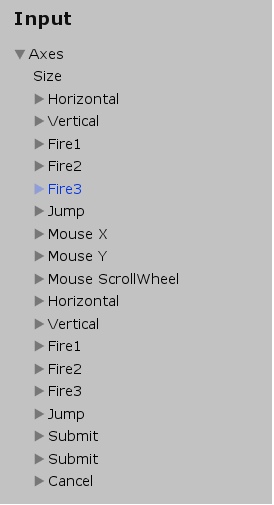 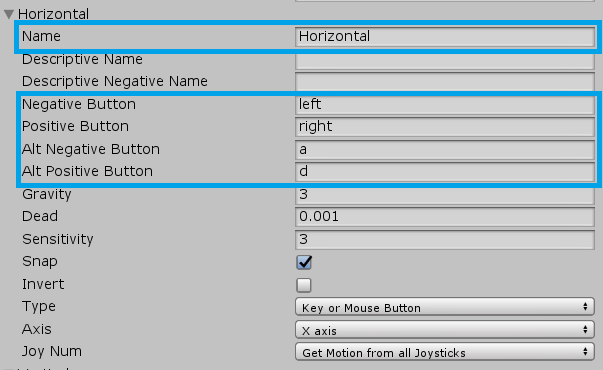 Below is the rotation logic for CameraController.

A new Quaternion is then instantiated based on a rotation amount which is then applied to the Transform of the CameraController.

Setting up a camera in a scene¶ 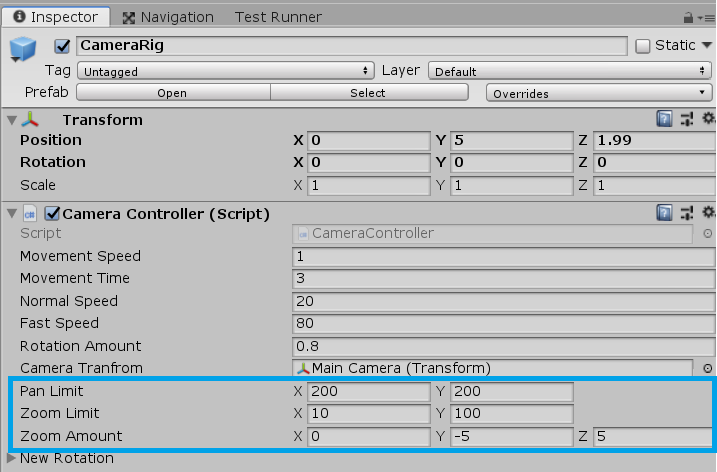 If the CameraRig is not moving it likely means another Camera is in the scene.

Each scene will be created with one by default which needs to be removed or disabled.