Open Unity and press the open button as shown below.

Navigate to the location of the project select the folder that is the parent folder of both the Assets and ProjectSettings folder.

All Assets can be access in this area. This includes scripts and models for the simulation.

The scenes assets are listed here, each object may have a child object depending on the Asset. 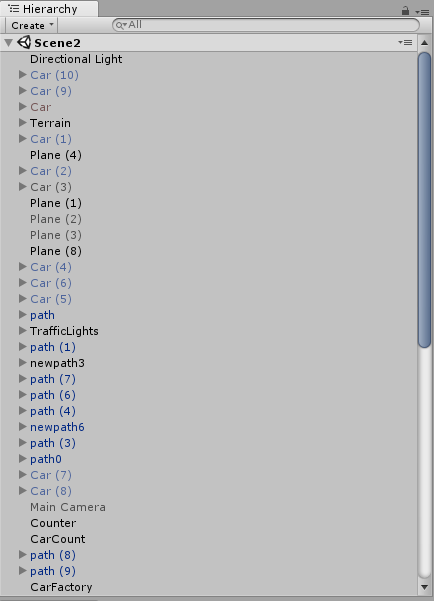 Displays the scene and objects within that scene. Moving around the scene can be done by holding right-click, turning the mouse and using W (forward) S (backward) A (left) and D (right). 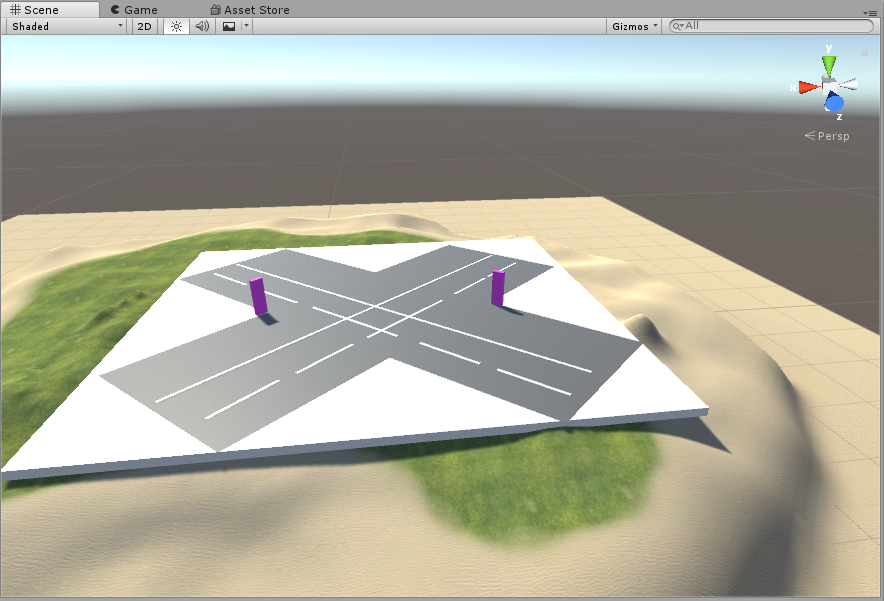 Once an object has been clicked from either the scene or the hierarchy window, the Inspector window will show all the properties of that object. In the navigation bar click on File > Open Scene and then click on the scene to open. Scene files have the extension .unity. The scene should then open into the Scene window.

Navigate to the Hierarchy window and click on the object that needs to have its values changed. As an example, car has been selected below.

The inspector window then has the object's properties which can be changed by clicking on the field and typing in the new value. For fields with an object as a value, click on the circle icon to the right of the field and select the new object for the field.

First, copy one of the demo scenes and save as your own scene. This will give a base to work on.

Delete any unneeded terrain assets out of the scene and then start with creating the terrain that is needed for your road and traffic lights. 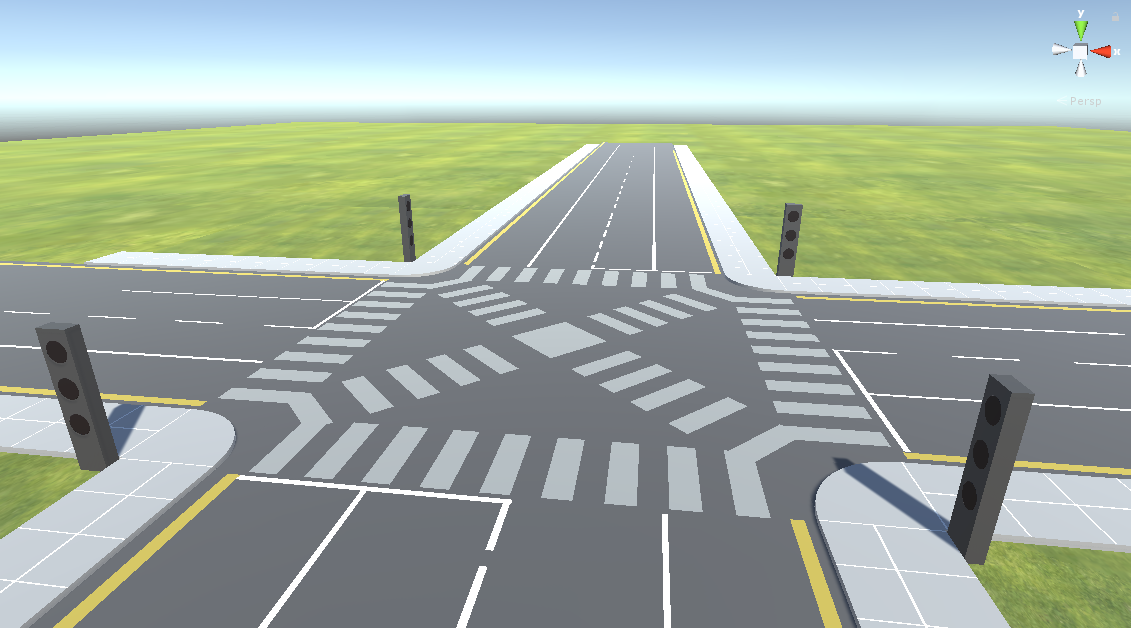 Create your traffic lights which at minimum should have a main object, and 3 circle objects to light up as red, amber and green. On the main object, add the TrafficLight.cs script. This script has the following fields:

Fill in everything except the Stop Nodes and Current Light Colour. Repeat this for all the traffic lights in the scene while remembering to fill in the Traffic Light Id with unique numbers that increment starting from one.

Next, paths for the vehicles to follow need implementing. Create a path by using one of the prefabs provided in the folder Assets/Paths/. For example, TrafficLightStraightPath.prefab is a straight path with 5 nodes as shown here:

Next, the VehicleFactory game object needs to have all the paths placed and vehicles that will be in this scene added to the configuration. 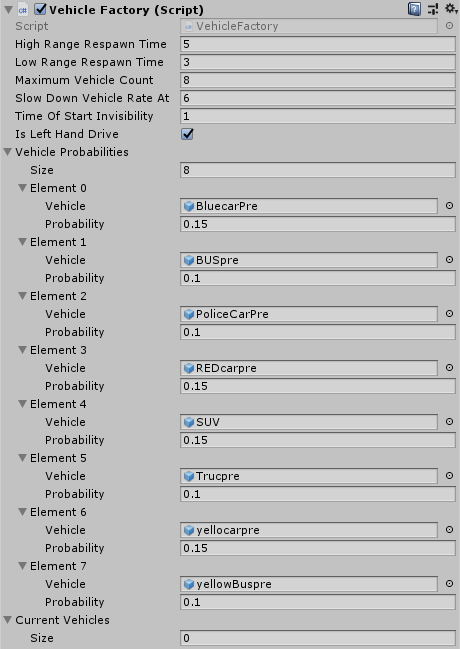 To create a new vehicle, find a model online or create your own model and put wheel colliders on each of the wheels.

Tag the vehicle with car using the Tag field in the top of the inspector. 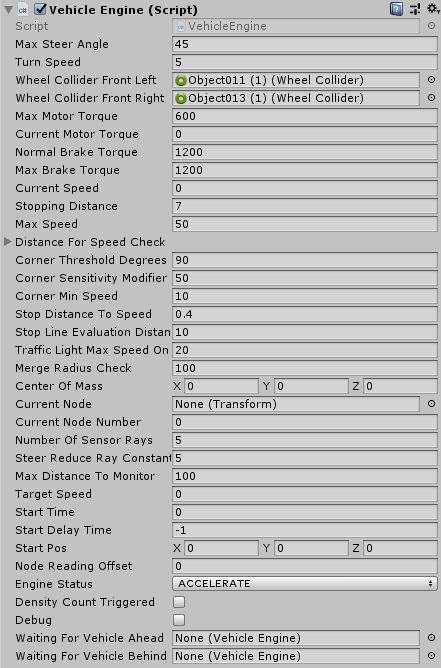 The script has the following fields:

Most of these options can be left as its default.